I came across this book through a friend and was struck immediately by the cover. Then I read the first chapter, which is posted on Ms. Peterson’s website. I loved it and bought the book.
That first chapter sets up the problem beautifully. Marten’s family is moving. His parents expect a lot from him. And his kid brother is a real pain in the you-know-what. The scene is beautiful. The family is sprawled out watching a meteor shower in the darkest part of the night, and I was feeling Marten’s pain. I also love stargazing and was totally mesmerized by the scene. I knew what was coming. A brilliant star whizzes past and Marten wishes his brother wasn’t. It’s age-old sibling rivalry. How was this author going to handle it?
That’s when the book took a turn for the bizarre. Marten meets a wild-haired figured named Tör and gets dragged on an adventure through time and space. Whoa! Back up the bus! I thought this was going to be a serious thought-provoker. Don’t get me wrong. The story was beautifully written and flawlessly edited. It just wasn’t at all what I was expecting. Ironically, that’s sort of the moral of the story.
“Wishes don’t always turn out the way we plan, do they?” Tör asks. Um, neither do stories!
Then I thought, you know, my boys would really like this. I tend to gravitate toward realism, but they love the wild and unpredictable. They’d really get on board with Tör and his magic watches and the adventure through the cosmos. And I have absolutely no qualms about sharing it with them. It’s a fun, clean, quality adventure. In the end, Marten even learns a thing or two about family and friendship. Not what I expected, but unquestionably thumbs up.
Grab the Kindle copy for just $2.99.
(I read this last summer. Since that time, Sherrie Petersen has become a super addition to our Emblazon team!)

Wish You Weren’t, by Sherrie Peterson

3 thoughts on “Wish You Weren’t, by Sherrie Peterson” 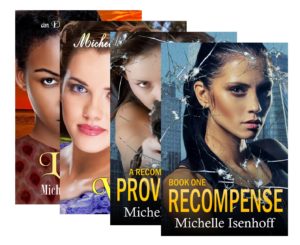